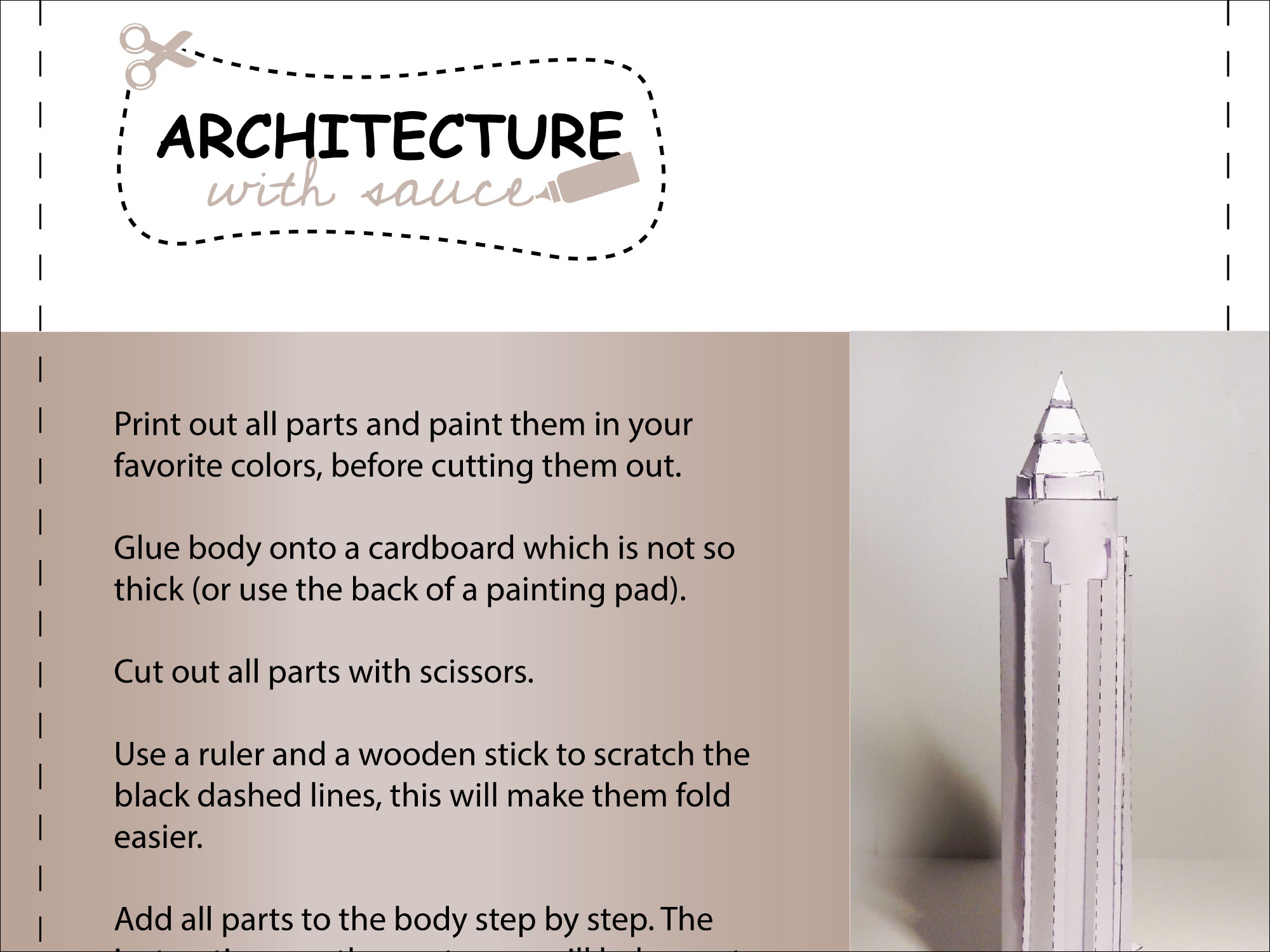 One of Europe’s most famous skyscrapers has been released as a crafting model: MesseTurm in Frankfurt.

The 257 meters tall tower is a landmark of the German financial city. MesseTurm has been officially released on December 23, 2020, as the first ever skyscraper model of the ARCHITECTURE with sauce crafting kit series.

“We are delighted to present the crafting set”, says Daniel Kieckhefer publisher of the crafting models. “We have been working on them for almost half a year, and it is great to see the final result now.”

Children, teenagers, and adults interested in crafting the skyscraper can now download the MesseTurm tinker sheets in the Building Directory.

Further buildings are in the pipeline